In weird and wonderful ways, prison has loomed large in rock mythology. Whether it’s stars like Ozzy Osbourne being arrested for public urination – he was nabbed in 1982 for pissing on a cenotaph erected for those that sacrificed their lives in the Alamo – or the oppression and isolation that it poetically symbolises, jail has been a theme in many classic tunes. And, of course, the likes of Johnny Cash and Metallica have chosen to perform to prisoners. 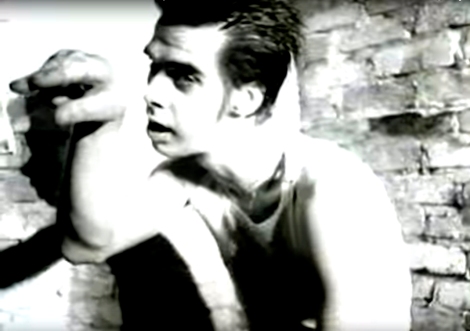 01. NICK CAVE AND THE BAD SEEDS

Known for his sweetness and light lyrics, Nick Cave stops dwelling on rainbows, butterflies and honey bees and instead turns to darker subject matter on the classic prison song ‘The Mercy Seat’. Ghostly violins and death-march drums underpin this haunting tale of murderous confession and religious reckoning. In the bible, “the mercy seat” is the solid gold lid placed on the Ark of the Covenant but in Cave’s chilling, demented poem becomes the electric chair. The song’s whirring stanzas depict a man on death row who seems a martyr, going to his death despite being innocent. But, of course, in Cave’s wry style, after much posturing the man glibly confesses his guilt in the song’s final moments. And, if you’re after a killer cover, look up The Red Paintings’ version. It’s gigantic. 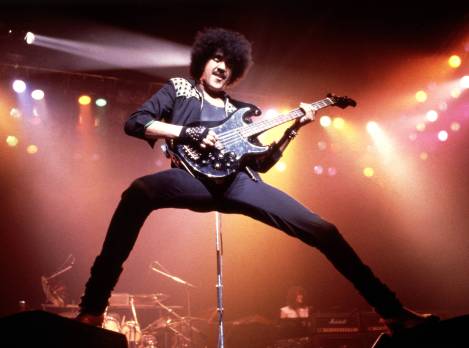 Phil Lynott, of Thin Lizzy, famously thrusted his way out of prison.

No prison song list would be worth its salt without Thin Lizzy’s hard rock anthem, the title track from their 1976 breakthrough record. The lyrics are singer Phil Lynott’s retelling of the time he was convicted of sorcery and sent to Ireland’s Shelton Abbey Prison. He escaped by thrusting his groin through one of the jail’s reinforced concrete exterior walls and, with the help of Ireland’s female population, evaded authorities until his death in 1986. Vale, Phil. 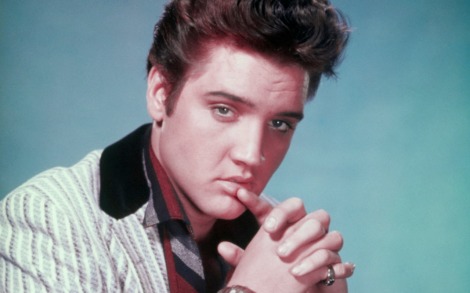 This classic tune about a homoerotic prison party is played with a straight bat by The King, delivered with his iconic rock prowess. Written by the production team of Jerry Leiber and Mike Stoller, and released in 1957 to coincide with Presley’s film of the same name, the track includes the famous lyrics: “Number forty-seven said to number three, you’re the cutest jailbird I ever did see, I sure would be delighted with your company, come on and do the jailhouse rock with me.” The song was later adapted by screenwriter David McKenna into the 1998 film American History X. 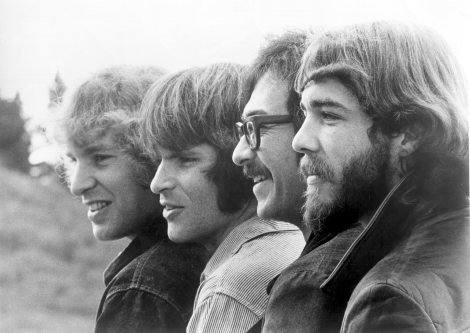 On their 1969 studio record, Creedence Clearwater Revival – or “Creedence!” as they’re known in Cessnock – appropriated the famous Lead Belly tune ‘The Midnight Special’. Sung from the point of view of a prisoner, the song is believed to be a traditional folk song that originated in America’s deep south. Lead Belly, real name Huddie Ledbetter, spent time in prison, so he delivers his 1934 version as a man who has stared long and hard at four walls. Lead Belly would go on to achieve further fame with his cover of Nirvana’s ‘Where Did You Sleep Last Night’. 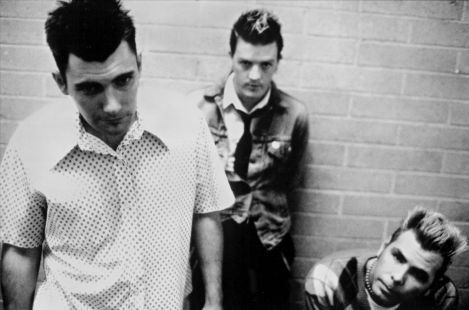 ‘Prisoner on the Inside’

Prisoners. Riots. Underdogs. Working class heroes. This is subject matter that has become The Living End’s bread and butter. With the benefit of hindsight, it’s no surprise that the punkabilly trio released a stirring cover of the theme song from TV’s Prisoner as the B-side to their single ‘Prisoner of Society’. The Living End’s version of ‘On The Inside’ sets a cracking tempo that does away with the melancholy of Lynne Hamilton’s original tune. Prisoner was an Aussie soap opera set about a group of women locked in Wentworth Detention Centre – a drama made long before orange became the new black. 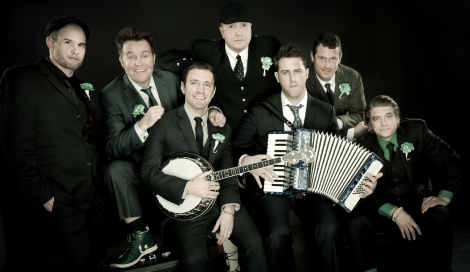 American Celtic punk rockers Dropkick Murphys have near perfected the fists-in-the-air drunken pirate anthem and ‘Prisoner’s Song’, from 2013’s Signed and Sealed in Blood, is just one example of many in their canon. The lyrics “a prisoner to my thoughts, a number and a cell, locked up like a dog in this worldly hell, marching along, another man on the gang, I’m shackled and sentenced to the ball and chain…” are either a metaphor for the nature of human existence and our slow march toward inevitable death or simply about a bloke who is sick of being in jail. 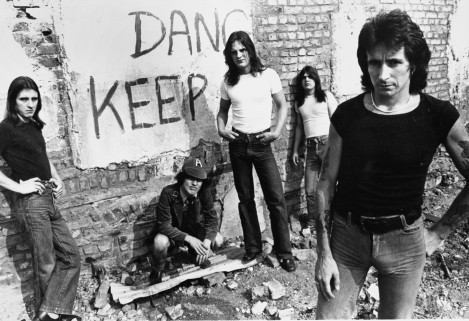 When Bon Scott snarls that he’s going to “make a jailbreak”, you’d be a fool to doubt him. Told from shifting points of view, ‘Jailbreak’ is about a bloke who shoots a bloke he finds in bed with his missus. In blues rock music, if you catch someone messin’ around with your love interest you absolutely have to murder one of the guilty parties. Those are the rules. ‘Jailbreak’ first appeared on the Australian release of AC/DC’s 1976 record Dirty Deeds Done Dirt Cheap. The song’s highlight features cheeky Angus Young wizardry in which his guitar enters a sound-effect call-and-response with Scott, imitating sirens and gunfire. Straya. 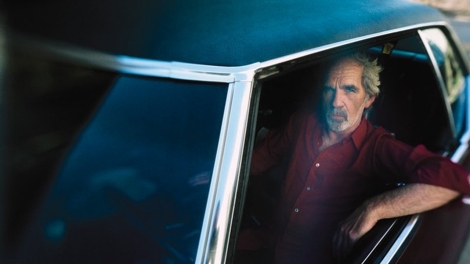 If it’s ever possible to put a J.J. Cale song on a mixtape, then it is advisable to do so. He was one of the coolest cats of all time. The Godfather of Southern-fried stoner blues, Cale sets a beautiful scene in ‘Jailer’ with opening lyrics: “Low-light moonlight comes through my window, but these steel bars spoil the view…” Rest in peace, John. 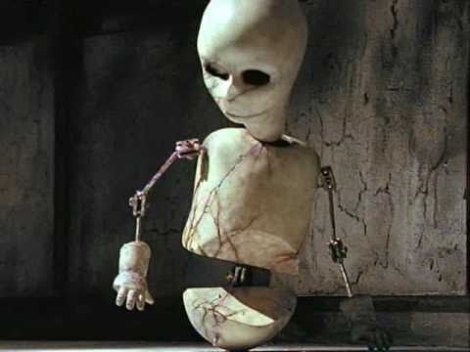 The second track of Tool’s 1993 record, Undertow, has a more of a ‘70s rock groove compared to some of their heavier material, but loses none of the band’s incendiary energy. Singer Maynard James Keenan once described the subject matter of ‘Prison Sex’ on stage: “This song’s about recognising, identifying cycles of abuse within yourself. That’s the first step of the process – realisation.” Through the metaphor of a prison encounter, Keenan sums up cycles of abuse with the pivotal lyrics: “Do unto others what has been done to you.” 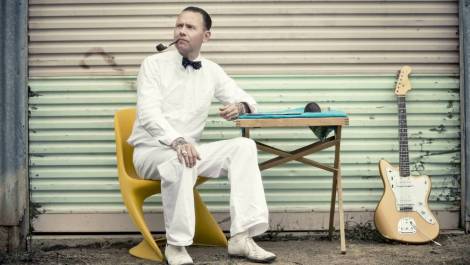 CW Stoneking’s wrenching ballad ‘Jailhouse Blues’ sounds like it was released in 1908 as opposed to 2008, but such is the antiquated charm of this anachronistic songwriter. With lyrical gems like, “They says a blind man don’t see nothin’ when he dream, there’s plenty things wish I never seen” and “I wish I never seen her askin’ why when they come and taken me, the way that she cried, Lord, Lord, Lord, I got the jailhouse blues”, the song is loaded with both devastating pain and appalling grammar.