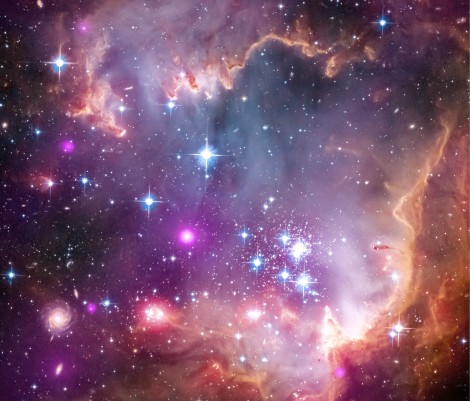 The following blog does reveal hidden aspects of Enormity.

I put out the call recently to fans of Enormity to send me some book-related questions that they might like answered. I would like to keep a dialogue open between myself and readers, in case there are any aspects of Enormity that they are pondering about. I will try to answer everything, unless it is something I politely choose not to answer. Smiley face.

How did you write the structure of Enormity, because the chapters jump around out of sequence. Did you write them in order and then shuffle them around?

No forward planning went into the way the chapters are arranged, so it’s a relief that they came together and are easy to follow. I plotted as I went, so I just followed my instincts. I wish there was a more impressive answer that involved giant mind maps and mental blueprints. What I did have from the outset, and early after I had started writing, was a sense of lots of different “scenes” or “scenarios” that I wanted to include in the book. I wanted Jack and Big Bang Theory to headline a music festival, I wanted to write his crash landing, I wanted a song-by-song depiction of one of their stadium-sized concerts, I wanted an interview with a music journalist, a photo shoot in a hotel room, an awards ceremony etc. I also knew Jack was an alien, so I thought a reference to Area 51 might be interesting. So I went about writing these scenes as self-contained stories. I see each chapter as being a short story. This made it easier to move them around because very few of them step directly into the following chapter.

I’m really happy with the way the chapters all came together. Ultimately, Jack is in total control of what is said and revealed. It is his decision to move about in time. While he does not admit everything right away, I believe Jack wants the reader to understand and forgive his actions.

What is going on with those “Guardians” and the weird creatures that keep appearing?

Natalie explains them, to a certain extent, towards the end of Enormity. I wanted the book to have a mythology that simmered beneath the surface. Natalie actually gives away more details then I ever intended. But she does what she wants.

I suppose the interesting story behind the idea to have a recurring presence in the book – a shape-shifting observer – came from my subconscious. One night I had a very intense nightmare in which I was being chased and chased by this long, sleek cat-like creature with human eyes. No matter where I ran, it was always just behind me. Chase dreams/nightmares are not uncommon. I have them constantly. But I usually forget the contents of any dream or nightmare the second I wake up. But the image of this weird animal stayed with me during the day. I was already writing Enormity so it seemed like a nice, organic piece of imagery to include.

Jack seems to be able to communicate with animals and other creepy crawlies. Is Enormity really an adaptation of Dr. Doolittle?

Yes, but with far less sodomy.

Chapter Three is pretty long and intense, and perhaps contains the most “infamous” scene in the book. How did you write that chapter?

I assure you I was fully clothed when I wrote it. That whole chapter is stream of consciousness. Natalie came to life and dictated terms. Both Jack and I were really at her mercy. If I had to analyse the origins of the nightclub, Membrané, and what transpires within it, I believe I was drawing on my memories of Gaspar Noé’s film Irreversible. I was blown away by that movie. I don’t think male sexuality has ever been more uncompromisingly depicted in cinema. There’s a scene towards the beginning (or end, depending how you look at it) where the two male protagonists enter a gay bar called Rectum. They descend deeper and deeper into the venue. The camera rolls and rolls on an axis behind them, disorientating the viewer and allowing only brief glimpses of the extreme sex going on around them. I think I pictured Chapter Three to be a similar journey.

Are you going to write a sequel?

I never intended to write one but every reader has asked. I will, but I need the idea to be organic and not forced. The second novel I’m working on does take place in the same universe as Enormity but will actually be set on Earth. The events of the book will happen in parallel to the events in Enormity. I can’t say much more than that. It’s early days and the story may change. I’m also working on a collection of short stories. Some will be new and some will be ones I’ve dusted off. This collection, at this stage, will be called The Peeping Toms.

Could you please put a list of all the songs featured in Enormity up online? Will you ever release a soundtrack of the book?

I would love to put up a complete list – it will just take some time! There are lots of classic songs that Jack sings with an acoustic guitar, or merely references, throughout the book. Lots of classic rock songs are played by Big Bang Theory. Here is a Spotify playlist of some of the ballads that both appear in Enormity and have also had an impact on my life.