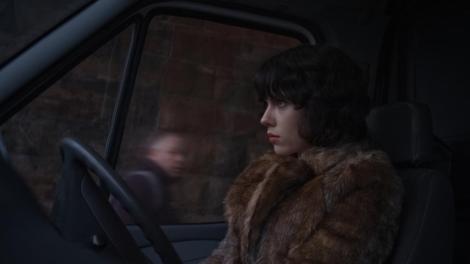 An alien with a detached stare and the stunning looks of Scarlett Johansson drives a white van through the cold, austere streets of Scotland. The creature is hunting prey, choosing male pedestrians from the cabin of her vehicle before politely luring them into her passenger seat. The beautiful alien takes them to a small abandoned house. The men are expecting sex, but are instead drawn into a black pool of liquid and digested.

We do not know any more about our protagonist, except that she is from another planet and is here to murder. She is aided by another alien in disguise, a man who rides a motorcycle.

This is the opening act of British director Jonathan Glazer’s third film, Under The Skin, and it is unsettling and simplistic as it sounds. From here we follow the inquisitive transformation of the stunning creature as she is immersed in both the compassion and evils or Earth. 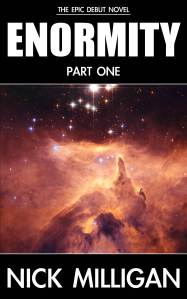 Find out why everyone is talking about Enormity

This is daring filmmaking. With a courageous and bold performance by Johansson at its centre, Under The Skin is haunting, ambitious and arresting. And, despite its premise, the screenplay by Glazer and Walter Campbell avoids violence until the very final moments. We are presented with visual metaphors and interludes of challenging images, some of which echo the slow-motion beauty of 2001: A Space Odyssey.

Adding to the serene unease is Glazer’s shifting visual approach, which keeps the viewer off kilter. The gritty documentary-style of the scenes in Scotland’s suburbs, which are largely unscripted and feature mostly non-actors, are juxtaposed with the highly stylised moments in which the men meet their grisly fate.

The screenplay strips most of the background detail from its source material, the 2000 novel of the same name by Michel Faber, leaving only the very basic premise. This is because the movie is an exercise in impressionistic cinema, exploring what makes us human. Under The Skin examines how our appearance informs our life experience. In this case, the alien’s chosen beauty is a double-edged sword and Johansson’s creepy, child-like portrayal is wholly believable and layered.

Glazer’s debut movie, 2000’s Sexy Beast, was a sparkling black comedy gem, but 2004’s Birth polarised its audience. Despite its flaws, the latter generated conversation and demanded attention. The same can be said of his third movie. Glazer’s unconventional approach to Under The Skin will distance viewers who embrace recognisable story-telling, but also make the movie less forgettable for audience members who like to absorb and defragment the images they are presented with. For this reason alone, Under The Skin is a chilling entry into the science fiction genre that deserves to be watched and remembered for many years to come.