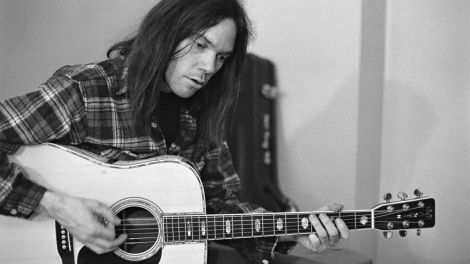 PEACE MONGER: Neil Young gives us a beautiful insight into his mind in his first autobiography.

Firstly, I just want to make it clear that I wouldn’t dare “review” the autobiography of Neil Young. Whatever he wrote was always going to be perfect simply because he wrote it. Whatever he decided to share with the world would be sufficient and I never had any doubt that he would be eloquent, poetic and honest.

Waging Heavy Peace is the 67-year-old’s first autobiography and it is both direct and rambling. It’s a loosely structured outpouring of memories, confessions, regrets, acknowledgement of artistic triumphs, love, peace and, ultimately, a portrait of a restless creative force who has tried to stubbornly pursue the purity of his visions no matter the cost. I love Neil Young and his music because he is the perfect kind of creative genius. Gifted. Fearless. Imaginative. Accepting of the future. Respectful of the past. Sincere. Spiritual. Constant.

For fans of Young, Waging Heavy Peace is a dream come true. After a bad experience many years ago in which his words were twisted (comments made about Ronald Reagan), Young has been very choosey about his media commitments. So insights into his mind are limited compared to other artists. But here he is laid bare.

I don’t want to spoil the really golden recollections that Young shares, but expect to be satisfied with details of the start of his recording career, Buffalo Springfield (or “the Springfield” as Neil calls them), his children, where he was when he wrote his classic songs, The Bridge School, The Squires, CSNY, drug use, lost comrades, his thoughts on the state of modern music, the planet, religion and which of the new crop of country rock bands he respects and admires (I was relieved to read that he likes Wilco and My Morning Jacket).

There is immediacy in his style, so much so that in the present tense he refers to the fact that he is writing his autobiography and talks directly to the reader, setting the scene by describing his surroundings. He gets side-tracked on tangents and the chapters jump around throughout his 40-year-plus career, but there is an effortless, ambling flow to his style that slowly drifts you through the book, as if you’re in an inflatable tyre floating down the creek of his memories.

You also get a sense of the almost child-like, blind enthusiasm he has for his projects LincVolt (a Lincoln Continental that runs on ethanol) and PureTone (or Pono as he comes to call it), the master quality digital music player that he hopes will abolish the shitty quality of mp3s and rescue the new generation of music listeners from a sea of tinny musical mediocrity (or “save the sound of music” as Young puts it). Each of his quests are noble and you can’t help but will him to succeed as hurdles occasionally fall in front of him.

Young mentions on more than one occasion that he intends to write a second autobiography. Despite the volume of anecdotes in Waging Heavy Peace, you do get the sense that it has only scratched the surface. Forty years in the life of Neil Young could fill an encyclopaedia – and he’s not short of opinions either.

Waging Heavy Peace ends on a bitter sweet note, with a final chapter that in itself is a work of art. It’s a literary, beautiful, simple yet powerful statement. From someone like Neil Young, from whom the Muse is never far, you would expect absolutely nothing less.