BEST MOVIE OF 2013? Joseph Gordon-Levitt’s directorial debut is an accomplished one.

There was an array or weird and wonderful movies released in 2013. Here’s a quick look at my 10 favourite movies of the past 12 months. It was hard to narrow it down. Notable omissions are Drinking Buddies, 12 Years A Slave and This Is The End. 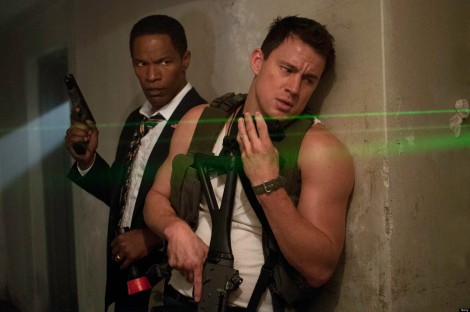 What? A cheesy blockbuster in my top ten movies of 2013? You bet your sweet ass. From Independence Day to 2012, Roland Emmerich has redefined the term “over the top” (or ‘OTT’ to you Gen Z kids). Essentially the plot of Die Hard relocated to the White House, this flick has everything you could possibly want from a popcorn action movie. Its key ingredients include James Woods as a villain and Jamie Foxx as an Obama-ish president who kicks a bad guy in the face for touching his Nike Jordans. And when Foxx grabs a bazooka and takes aim from the window of his limousine, the penny really drops – White House Down is pure genius.

Arnold Schwarzenegger’s return to action movies didn’t prove to be one of his best, but it ticked most of the right boxes. Above all else, there was something deeply emotional about seeing the big Austrian kicking ass once again. The Last Stand reminded its audience that it had been far too long since movie goers had seen Arnie divide bad guys in two with a chain gun. And The Last Stand made no effort to hide its lead actor’s age – Arnie is a weathered and battered hero in The Last Stand, which makes it one of his grittiest and most satisfying roles. 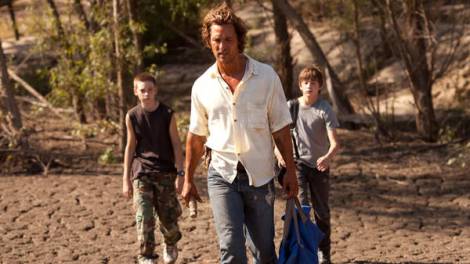 Following on from his impressive character study Take Shelter, Jeff Nichols serves up a coming-of-age drama that builds in tension. The backdrop of the Mississippi River is perfect for this tale of age versus innocence. Matthew McConaughey gives yet another stand-out turn as the title character – a man hiding out on small island – but central to the movie’s success is two gutsy and effortless performances from the two young male leads, played by Tye Sheridan and Jacob Lofland. Keep your eyes out for those two kids in the future. 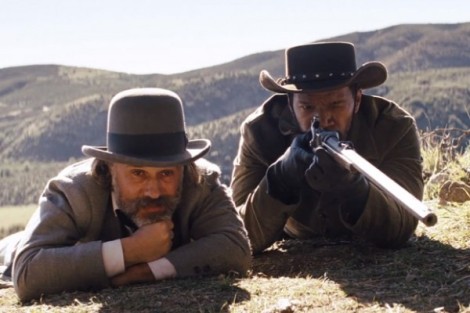 While some criticised Django Unchained for making light of the genocide that was slavery, people who actually saw the movie know that the horrors of America’s past are displayed in vividly graphic and metaphorical detail. This is one of Tarantino’s best movies. The other powerful slavery movie of 2013, 12 Years A Slave, takes a more direct and ultra realistic view of the genocide of African Americans – and both are equally successful.

MONEY, A DRUG: The Wolf of Wall Street is about the seduction of financial power.

06. THE WOLF OF WALL STREET

Martin Scorsese’s epic tale of hedonistic greed dares you to barrack for its protagonist – master criminal Jordan Belfort. It’s a wild, fast-paced hurricane that feels far shorter than its three-hour running time. Stellar performances under the guidance of a master filmmaker help The Wolf of Wall Street become a modern classic.

The evils of the Catholic Church are no longer a secret, but the story of Philomena explores past atrocities with intimacy and heartbreaking honesty. The film benefits from perfect casting and a British sensibility. It’s one of Judi Dench’s most stunning performances and Steve Coogan has never been better as the stiff-upper-lipped BBC journalist who helps the title character find answers in the murky past of forced adoptions in Ireland.

On the surface it seems as if writer-director Spike Jonze is making an observation on our near future – a world where our minds are turned inward to the technological realm and we remain oblivious to the physical universe around us. But there is far more depth in Jonze’s screenplay for Her – a film that is surely the best movie of his career. Her is about human connection. It’s an existential love story that is both subtle and poignant. It’s also difficult to imagine any lead actor besides Joaquin Phoenix with the ability to ground Jonze’s big ideas in a touching humanist reality.

Its soundtrack alone would have put American Hustle in my top 10 (especially its prominent usage of the classic ‘10538 Overture’ by Electric Light Orchestra). But luckily David O Russell’s cleverly plotted and wonderfully acted movie is also an utter joy to watch. It’s humour is wry and its finale satisfying. Christian Bale steals the show as a clever con man with a conscience.

In a film that must see Matthew McConaughey win the Academy Award for best male in a leading role, its lead actor gives the performance of his career. But even more incredible is Jared Leto’s performance – he completely disappears into his role. It would be a travesty if he is not granted an Academy Award also. Dallas Buyers Club is a fascinating true story that provides insights into the demonstrable bureaucracy of pharmaceutical administrations but also the lives of those facing death at the hands of AIDS.

It seems strange that Joseph Gordon-Levitt’s writer-director debut, Don Jon, was largely ignored by Australian cinema chains, because it was by far the best movie released in 2013. The heartthrob actor, who stars in the title role, demonstrates creative style and subtlety in this accurate pull-no-punches exploration of male sexuality. After its initial set-up, Don Jon never goes where you expect to and, crucially, identifies the modern male’s obsession with online pornography as escapism rather than a damaging perversion. Scarlett Johansson is jaw-dropping and Julianne Moore gives one of the performances of her career. Notable, also, is the perfect casting of Tony Danza as Don Jon’s paternal influence. Don Jon is a supreme achievement.