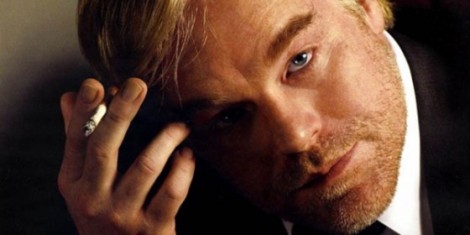 Today a generation of actors lost its shining light. There is no question that Philip Seymour Hoffman was a phenomenal performer of seemingly endless range. He was a true chameleon and his list of performances is an impressive master-class in cinematic delivery. While a lot will be said about his “demons” – and we will no doubt hear many quotes from a particular Neil Young song – now is a time to celebrate the numerous gifts that Hoffman gave to cinema. He will be remembered as the actor of his generation.

This is my first memory of seeing Philip Seymour Hoffman on screen. I remember him in the film so vividly because he blasts Deep Purple’s ‘Child In Time’ as his team of twister chasers screams down a back road toward a mammoth weather event. As a young kid who was a massive fan of Deep Purple, I remember thinking this was pretty darn cool. Dustin Davis is the comic relief in this movie and, as he would do time and time again, Hoffman steals the show despite limited screen time.

Hoffman worked with director Paul Thomas Anderson many times over the years and turned into an essential ingredient in his best work. This culminated with Hoffman’s phenomenal role in The Master. But in Boogie Nights, the actor’s portrayal of gay boom mic operator Scotty J. resulted in one the film’s heart-wrenching scenes in which Scotty drunkenly tries to kiss Mark Wahlberg’s Eddie Adams/Dirk Diggler. “I’m a fucking idiot,” is perhaps the most quoted line from the movie.

Hoffman’s heated phone exchange with Adam Sandler in Punch-Drunk Love – another Paul Thomas Anderson flick – is a classic. Hoffman plays Dean Trumbell, a low-life criminal who runs a phone scam out the back of his mattress business.

In Almost Famous, director Cameron Crowe cast Hoffman as legendary music journalist Lester Bangs. His pep talk to naive William Miller is an important moment, in that it sums up so much of what the movie is about. Its sentimental message should ring true for most entertainment journalists.

For many it will surely be their favourite Hoffman performance – the tireless visionary in Charlie Kaufman’s postmodern drama Synedoche, New York.

Hoffman is at his powerful best in The Ides of March as ruthless political campaign manager Paul Zara. This scene with Ryan Gosling is a stand-out from this compelling drama.

As good as Meryl Streep is in Doubt, the film hinges on the ambiguous performance of Hoffman as a priest accused of sexual abuse. The film conjures doubt in the mind of the viewer and that sensation lingers after the film too. There are many fiery scenes between Hoffman and Streep in this superb movie.

As a snivelling, straight-laced assistant to Jeffrey Lebowski, Hoffman’s Brandt is hilarious. His awkward interaction with The Dude during his grand tour – and the later poolside scene with Bunny – are, well, completely hilarious.

Crucial to this film’s success is the dichotomy of Hoffman’s character – a charismatic man and a chilling liar. In a role based on L Ron Hubbard, in what is perhaps his greatest role, the actor is convincing as a cult leader who makes people believe in fantasy. We get glimpses into the psyche of a man with the charm to form his own religion. It’s apt that Hoffman be remembered for a film called The Master.